As the colder weather blows in ushering the end of another baseball season, let’s turn our attention now to the infield and take a look at the best infield gloves available on the diamond today.

A good infielder’s glove is priceless to its owner, just look at a number of major league players who have stuck with the same glove, game in and game out, even if it needs to be replaced. A great example is Troy Tulowitzki, whose game-worn glove is tattered and falling apart; yet he still insists on using it, refusing to replace it with something that he is unfamiliar and uncomfortable with.

For most infielders though, the offseason is a good time to re-assess if you need to purchase new infield gloves (especially if your old glove is coming apart at the seams!).

The first question you may be asking is, what is the difference between a glove for infielders versus a glove for outfielders? Can’t I use the same glove for both infield and outfield positions? While it is true that many amateur players who rotate between positions use the same glove regardless of position, this changes as you advance to higher levels of competitive ball.

If you are a recreational or youth player, you likely cycle through both infield and outfield spots, often because coaches want to expose younger players to different positions. But once you advance through peewee-bantam, you’re likely looking at sticking to 1 or 2 positions. You may play more than one outfield position, for example CF and LF. Or you may be called upon to handle both second base and shortstop. It will be rare, however, to be both an infielder and outfielder.

The first big difference between infield gloves and outfield gloves is the sizing. Infielders use a much smaller glove than outfielders as they rarely have to rely on extra length to catch balls. Instead, what matters much more to them is the ability to quickly find the ball within the pocket of the glove. Thus, they would much rather prefer a smaller glove with a shallow pocket in order for them to quickly make throws. As they often have to make strong accurate tosses to first base to get the runner out, this is of prime importance to infielders.

The second main difference is the webbing. Infielders might prefer an open web, while outfielders might like a closed one to block out the sun. Still, some infielders do choose closed web gloves as well, as this can come down to personal preference. Generally infielders go with an I-web or H-web glove, as the stitching is a bit looser which gives the wearer more control especially when digging in the glove to get the ball out.

What Are Some Things I Should Look For In An Infield Glove?

Here are several considerations to keep in mind for your infield glove purchase this offseason:

Product Reviews - Which Is Right For You?

Continue on to read all about our top 5 choices for the best infield gloves for 2018: 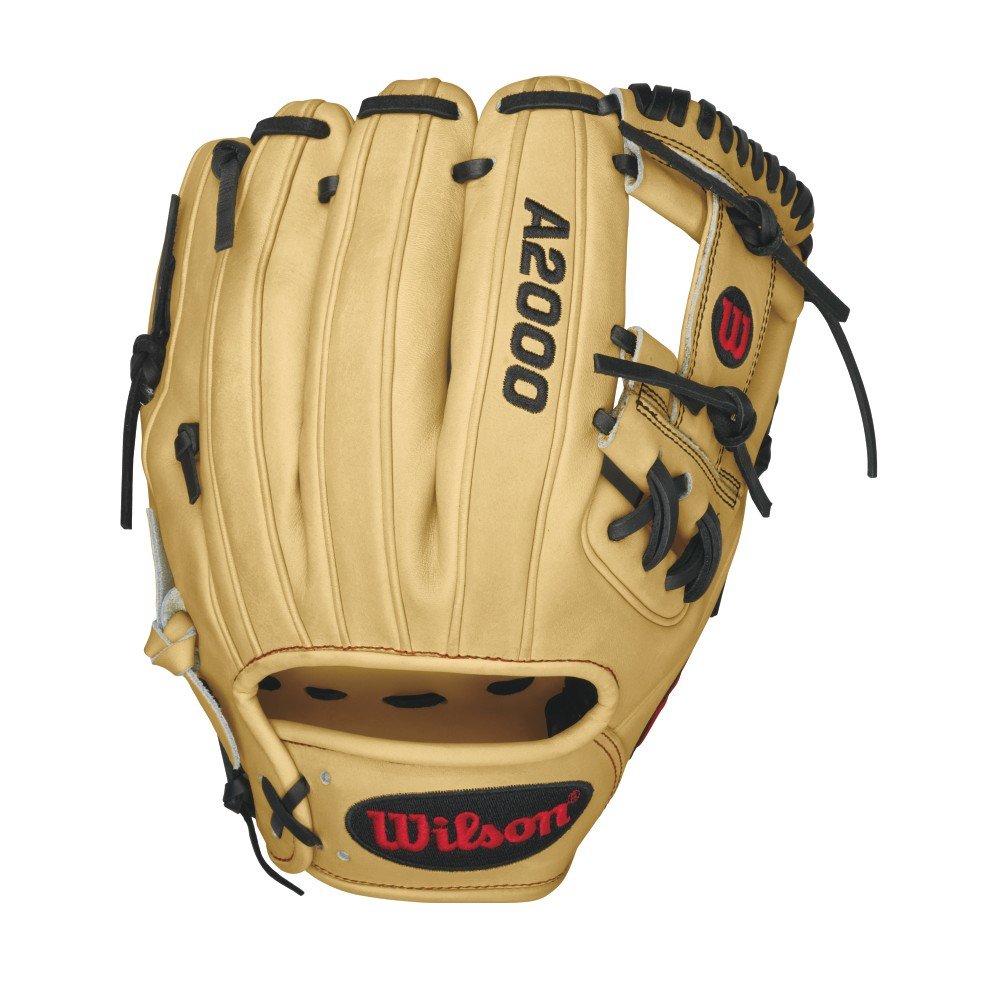 Wilson’s A2000 series is another excellent example of Wilson’s commitment to producing high quality, durable products. Pro Stock leather is used with added reinforcement in the pocket to give extra comfort and protection.

Nice glove that is costly but worth every penny. If you’re going to have one gamer, it’s not a bad idea to spend some coin and make sure you get a good one. Wilson delivers here with the A2000.

Rawlings and the Premium Pro series glove features their patented Solid Core technology that is supposed to conform the glove to your hand for maximum comfort and fit. They offer a solid one-piece construction and this glove is one of the first to offer a laceless heel.

Rawlings always offers quality products and the Premium Pro series is no exception. It comes at a very attractive price point and is an excellent choice for players looking to get a bit more serious about the game, but not looking to break the bank. 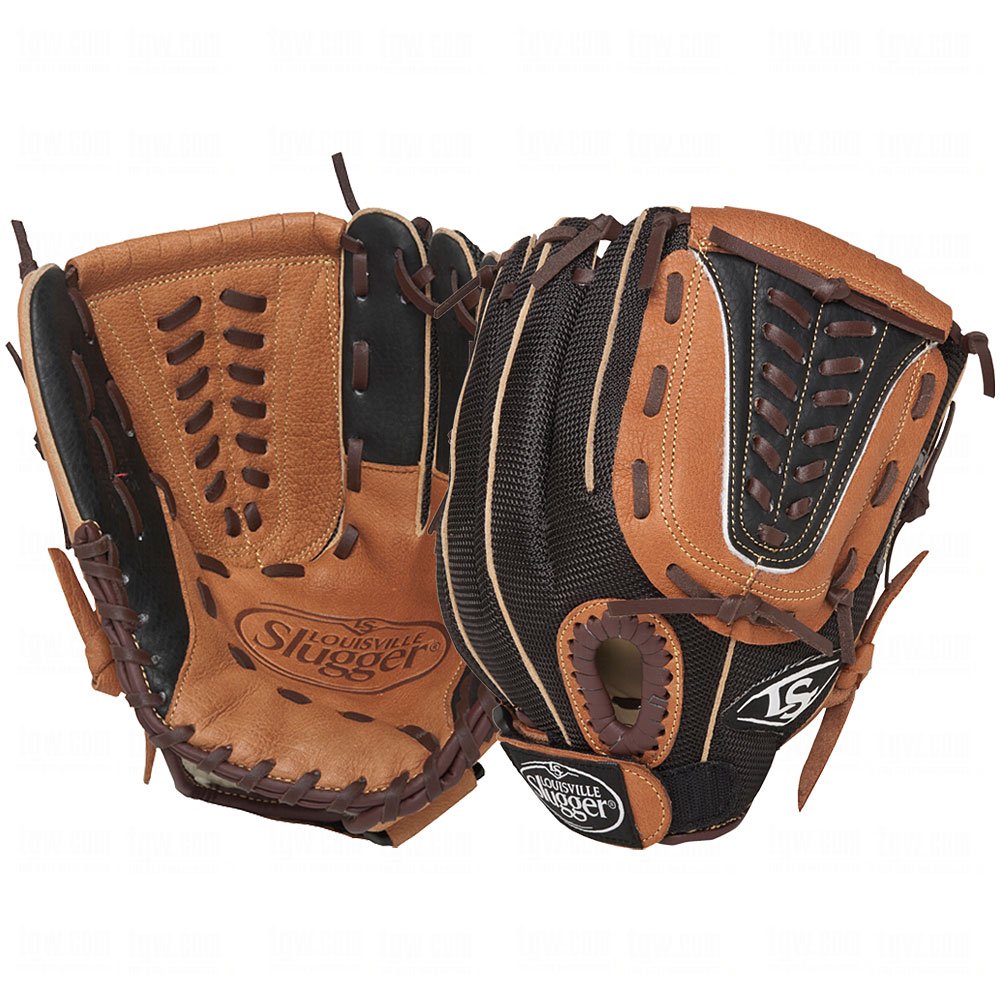 Louisville Slugger’s Genesis line of gloves is a terrific introductory glove for any infielder or younger player looking to learn one of the game’s most exciting position. For a glove priced this low, one might be wary of durability or quality issues, but LS shows their commitment to excellence all the way down to quality craftsmanship while sacrificing little in durability.

An excellent starter glove from LS that is low on price but high in value. Great bang for your buck as the buffalo leather is super comfortable to wear, and LS backs up their product with a 1 year warranty, should anything go wrong. 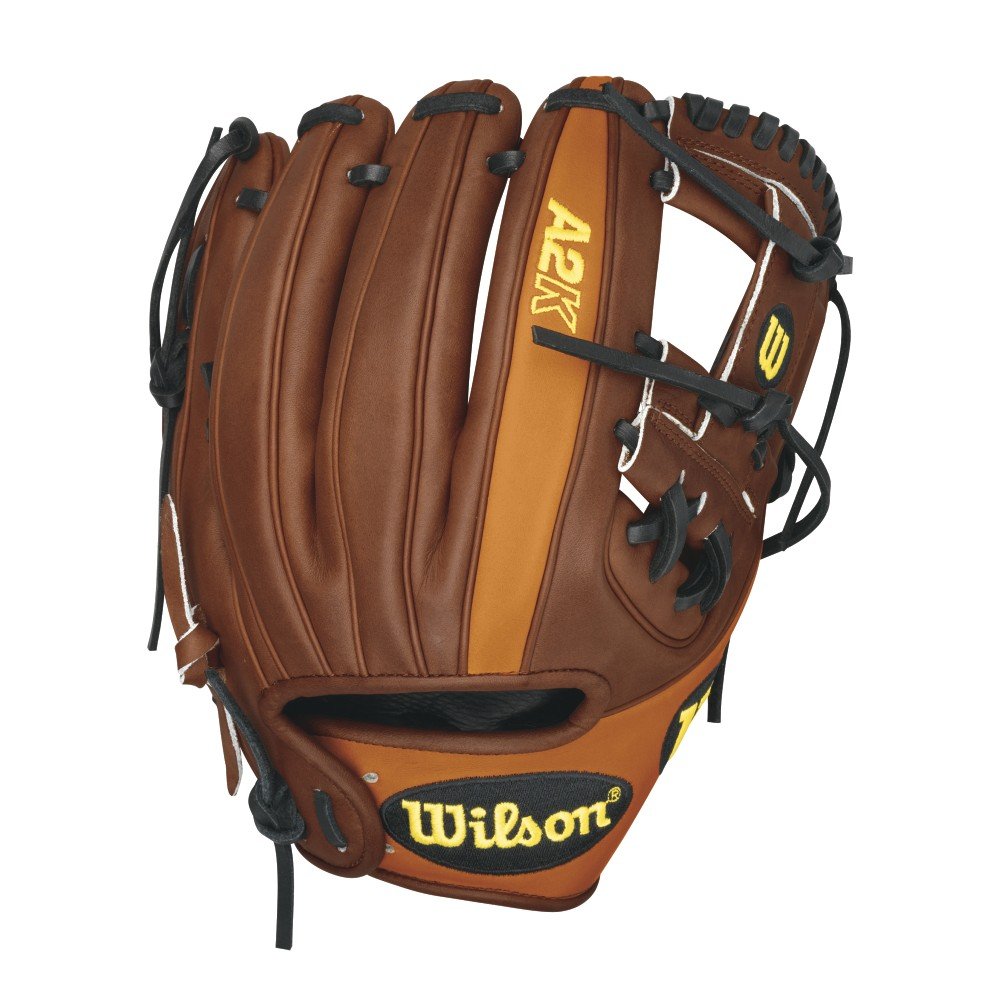 Wear it just like the pros! With Wilson’s A2K Dustin Pedroia series glove, you can now flash the leather just like Dustin does with a 11.5” H-web and dual-palm construction that makes for a solid, stable pocket. Heel felt has been removed to provide maximum flexibility and range of motion for your wrist.

An absolutely beautiful gem of a glove from Wilson, they nailed it with their Pedroia signature glove. Priced quite highly, this won’t be for everyone but if you can afford it, you’ll certainly fall in love with it. 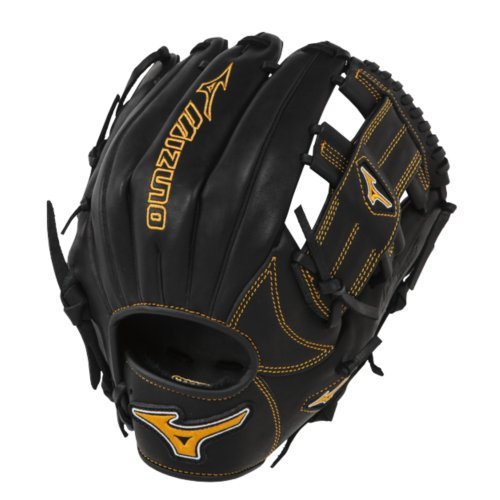 Mizuno recently revamped and re-released their MVP Prime series of gloves, and it’s great to see that their attention to detail and quality standards were not sacrificed. Their decision to introduce the new oil soft plus leather was an excellent choice as it feels soft to touch.

A nice starting choice for any ballplayer who is looking for an upgrade over their first glove. Very reasonably priced and a great option that balances both quality and performance at a fair price.

The choices mentioned above vary depending on your level of play and budget. For an entry-level glove, I like LS’ Genesis line - the leather is nice and comfortable and it is good to have the warranty. For more competitive players, Wilson’s Pedroia Signature glove has my vote as the beautiful leather construction cannot be beat.

This site uses Akismet to reduce spam. Learn how your comment data is processed.